The client's remit was to create a design that would complement the bespoke contemporary new build property but that was also sensitive to the existing buildings and planting. In particular, it needed to incorporate a well established, semi-circular hornbeam hedge that separated the garden from other buildings on the site. In order to do this, the design introduced a series of semi-circles and arcs that mirrored the existing hedge. Some bespoke corten planters were also introduced that matched the style of the cladding on the new building. The planting style introduced plants with colours that set off the bronze and rust colours of the building and planters. Clay pavers were, again, selected to match the colour theme.
Oxford - Finished Garden 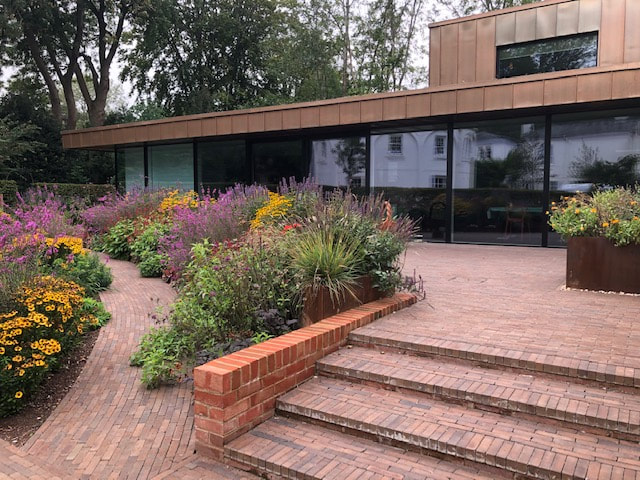 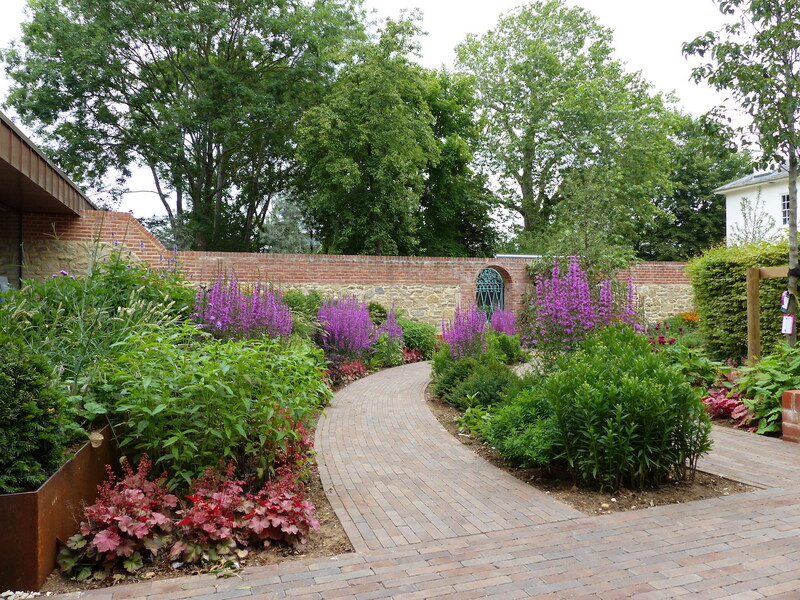 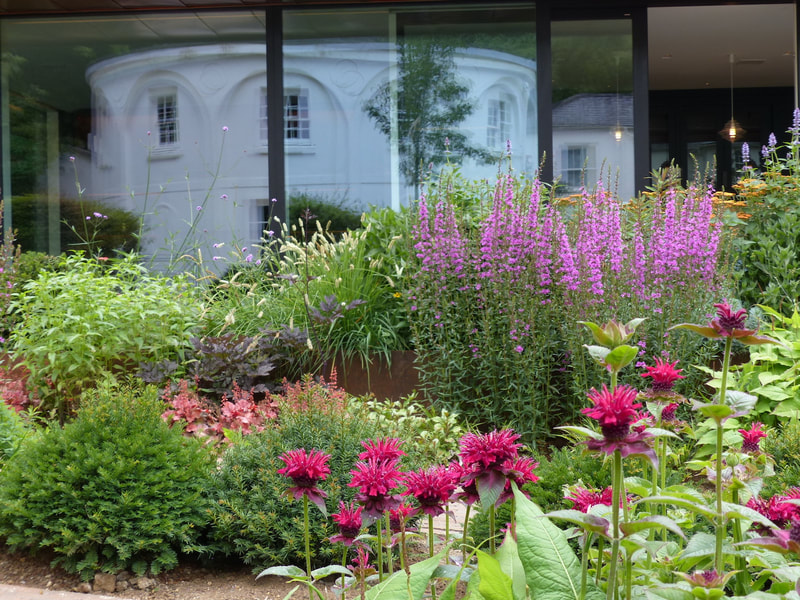 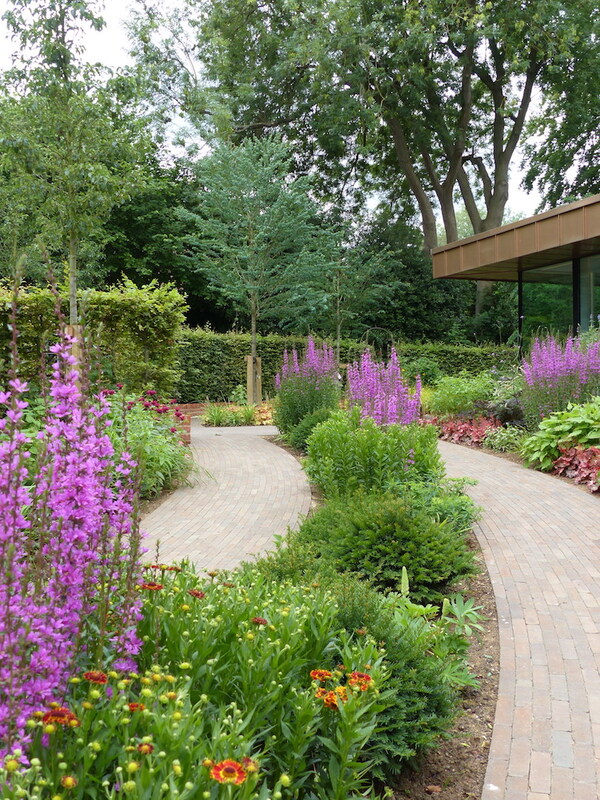 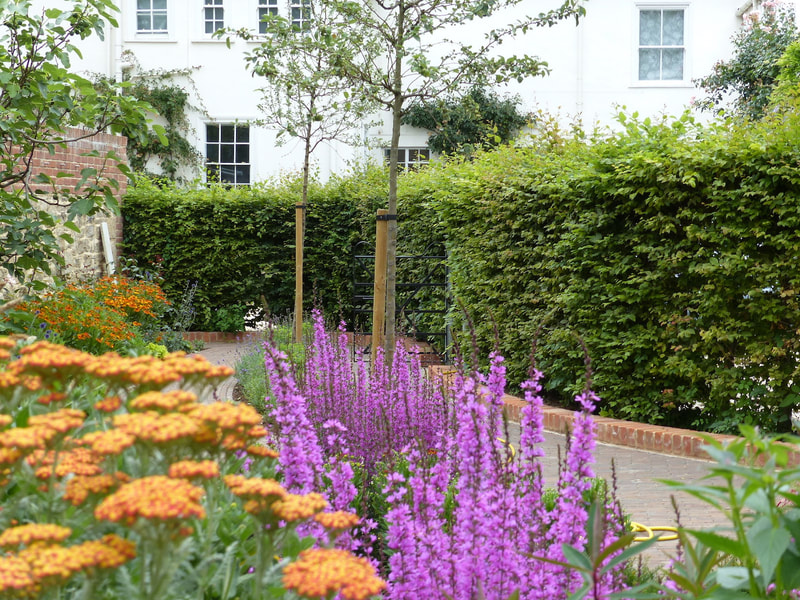 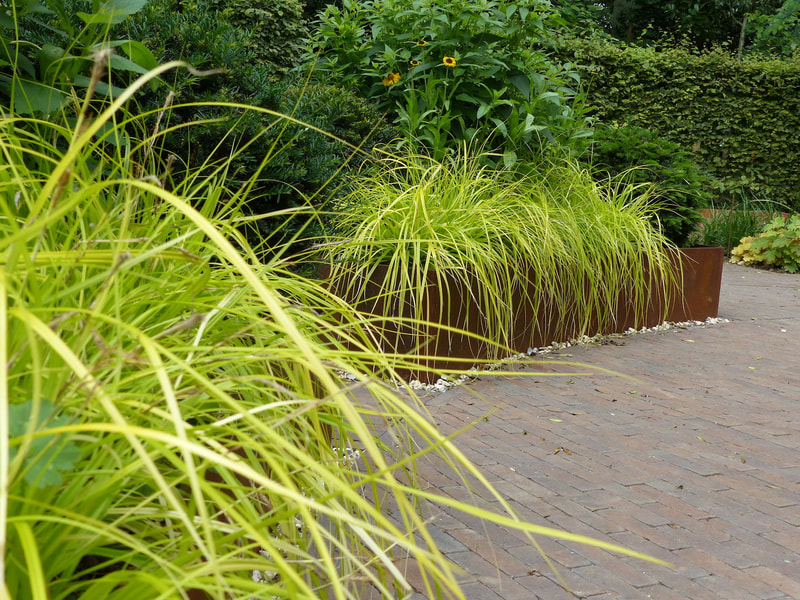 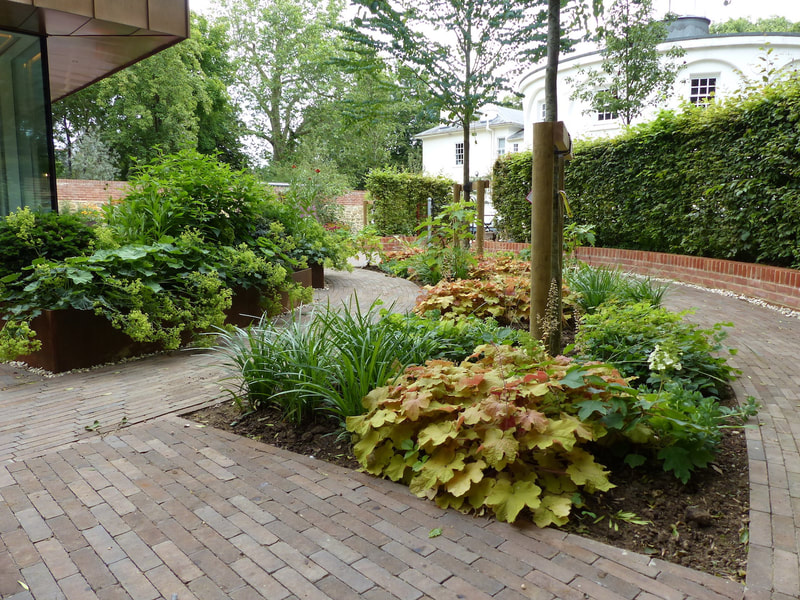 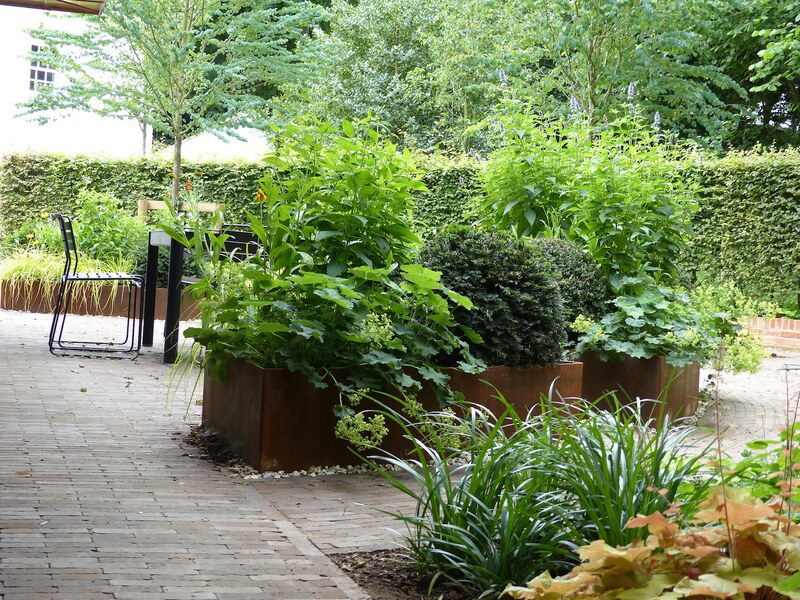 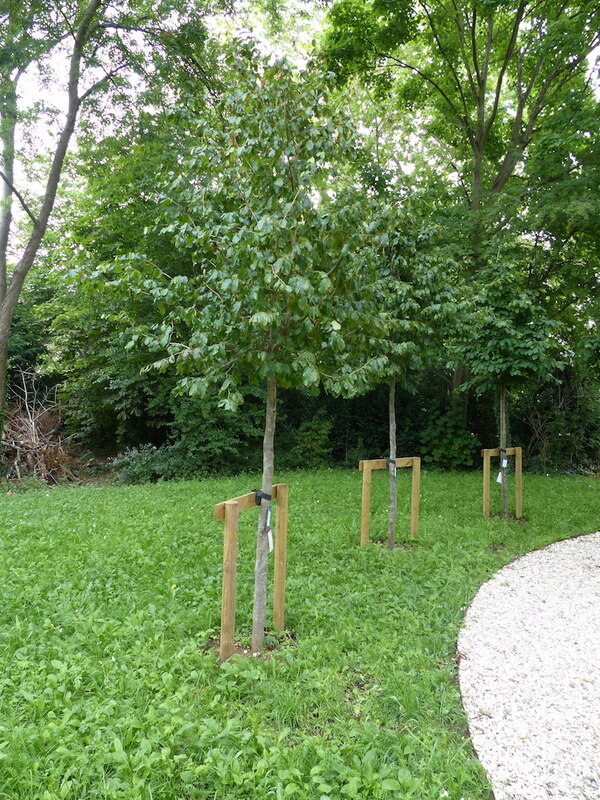 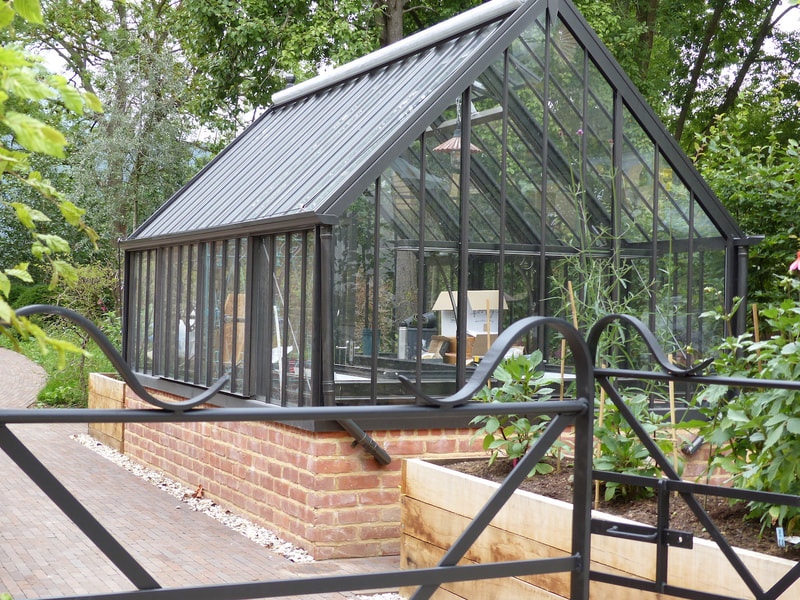 This was a design for clients who had recently bought a new build property. The remit was to have a contemporary design with several areas for dining and entertaining including an outdoor kitchen, an outdoor spa, a sunken firepit and various relaxing locations whilst maintaining the view across the open fields.
Stonesfield - Finished Garden 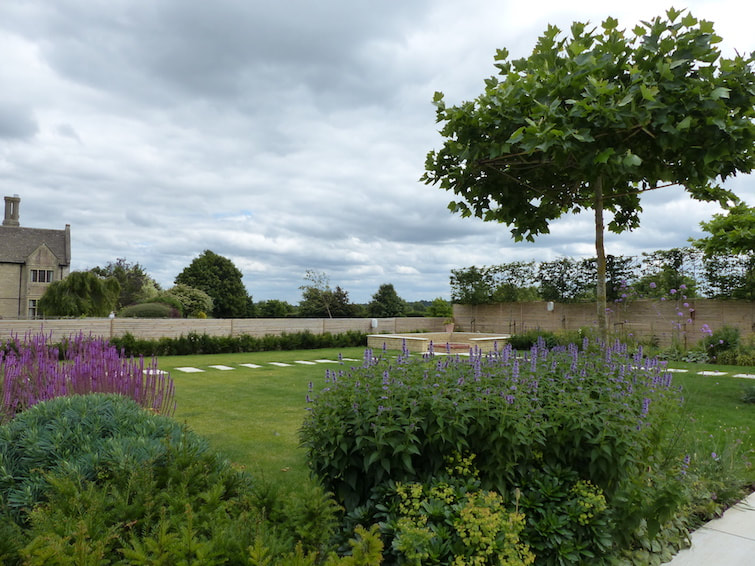 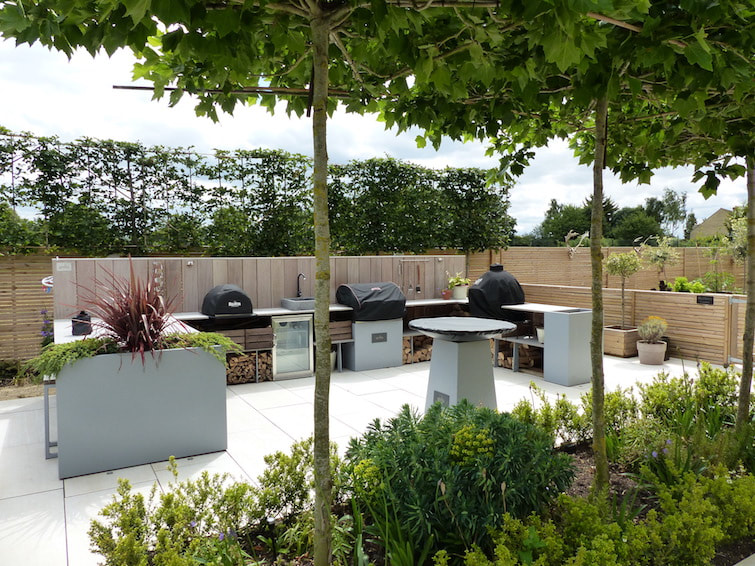 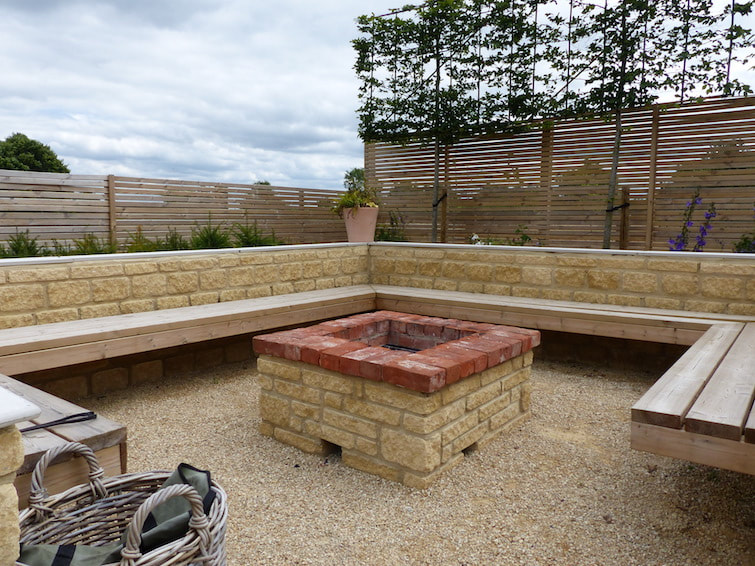 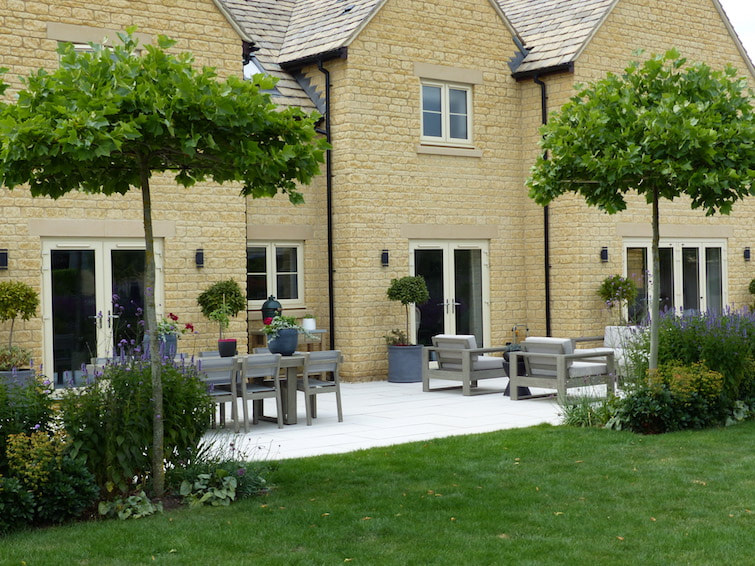 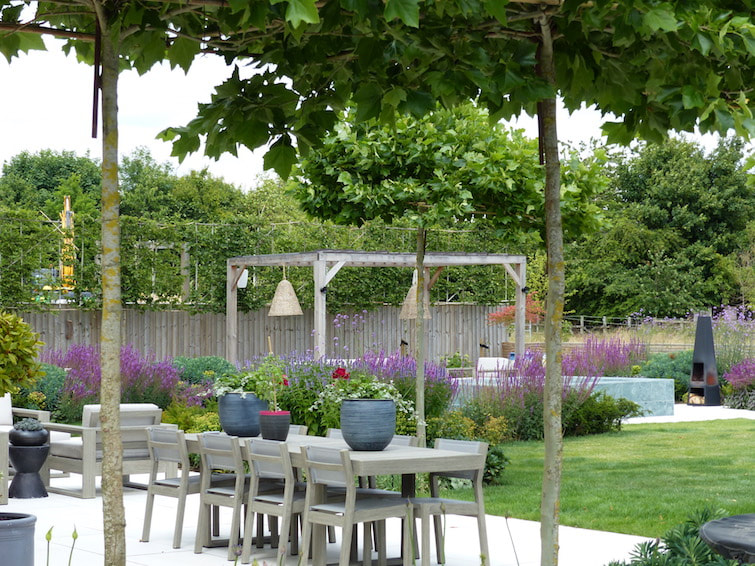 This was a makeover of an existing garden that had large undefined spaces and an issue with road noise. There are two water features whihc mitigate the noise and the geometric symmetry of the layout helped to improve the use and definition of the spaces.
Warmington - Finished Garden 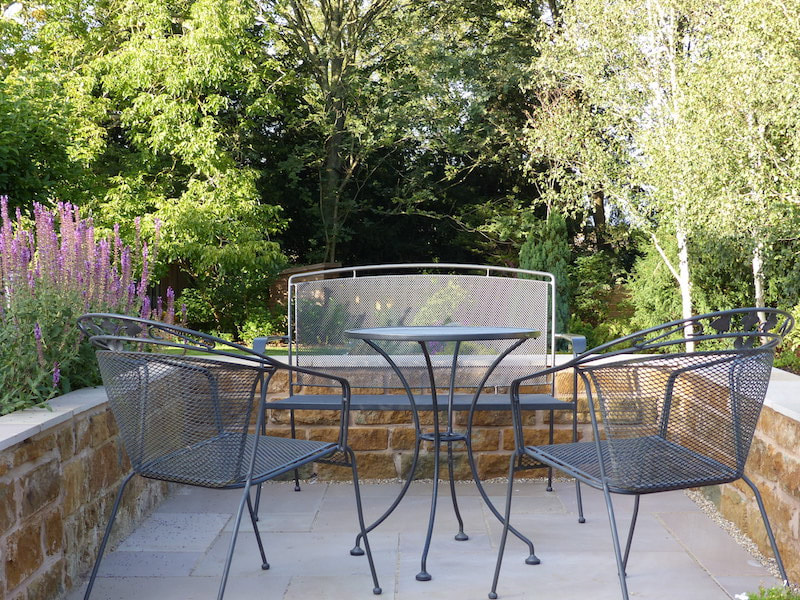 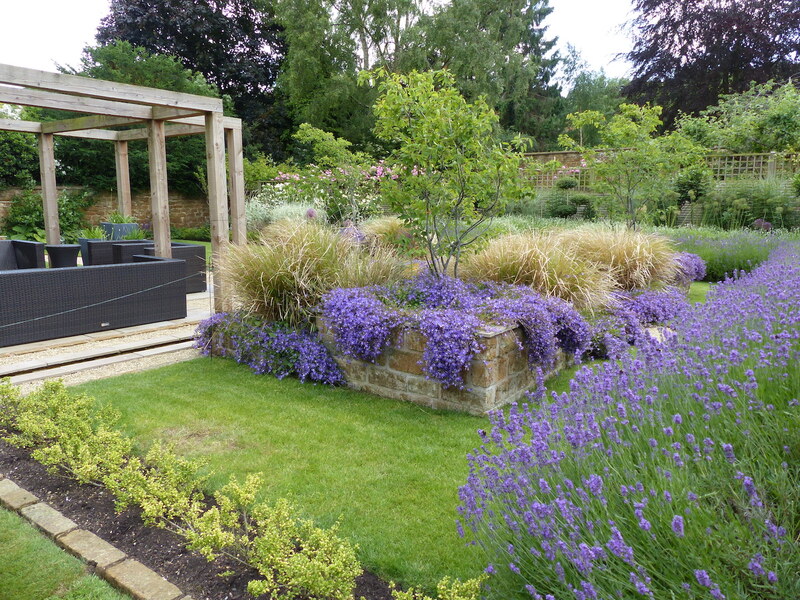 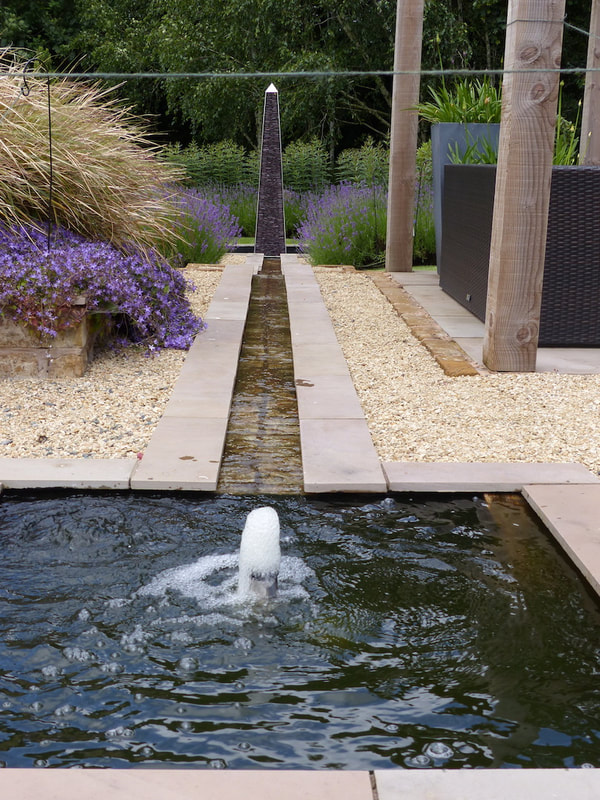 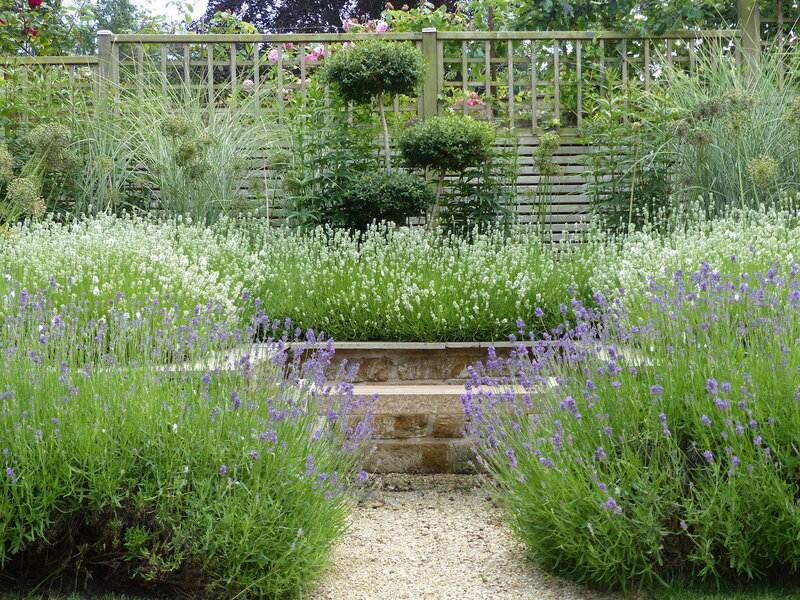 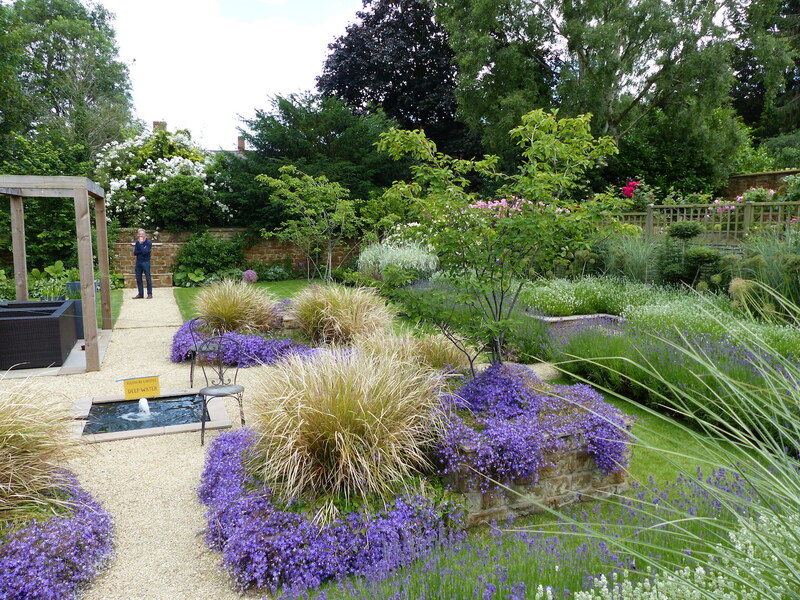 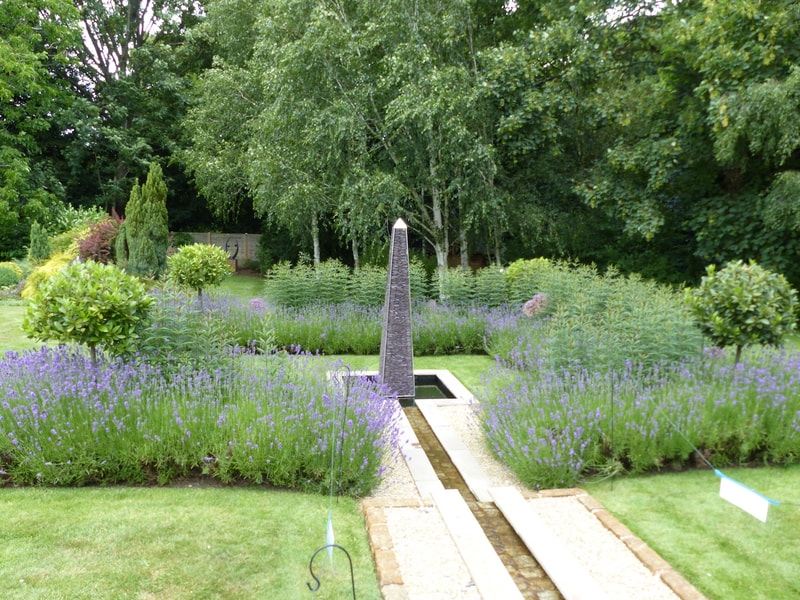 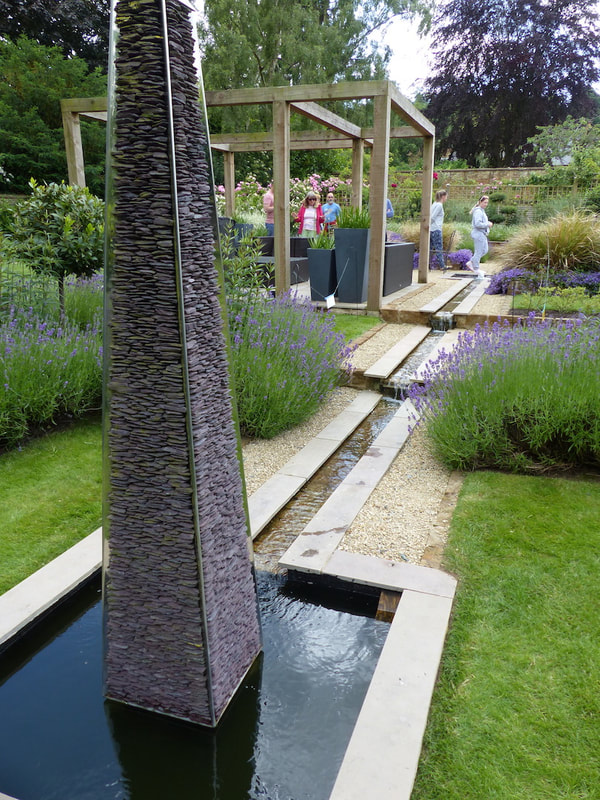 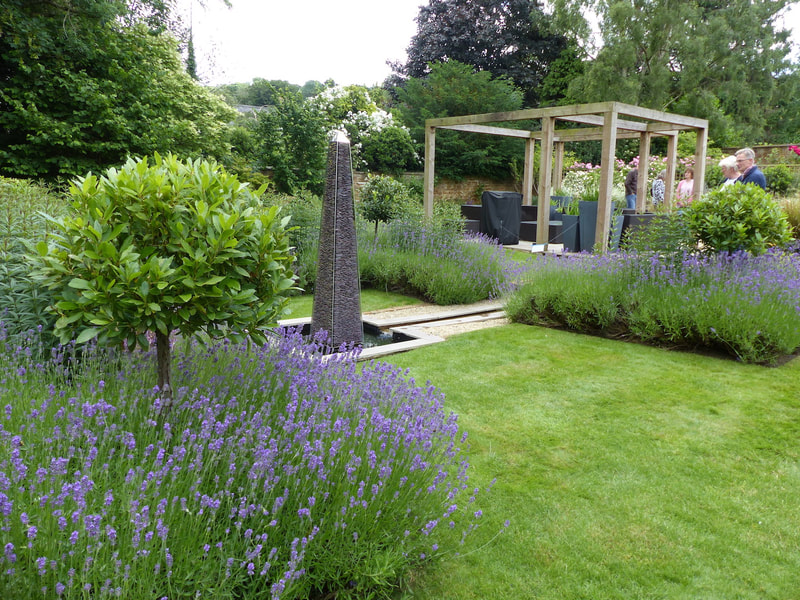 The clients for this project asked for an initial concept for a problematic location close to the kitchen and patio of a spacious and bespoke new build on a large site. The area had a high sloping bank and needed several retaining walls. The design included a series of terraces for the kitchen garden with steps alongside a rill that led through a set of mixed borders up to a network of paths that led to a formal lawn and a more wooded area.
Gret Rollright - Finished Garden 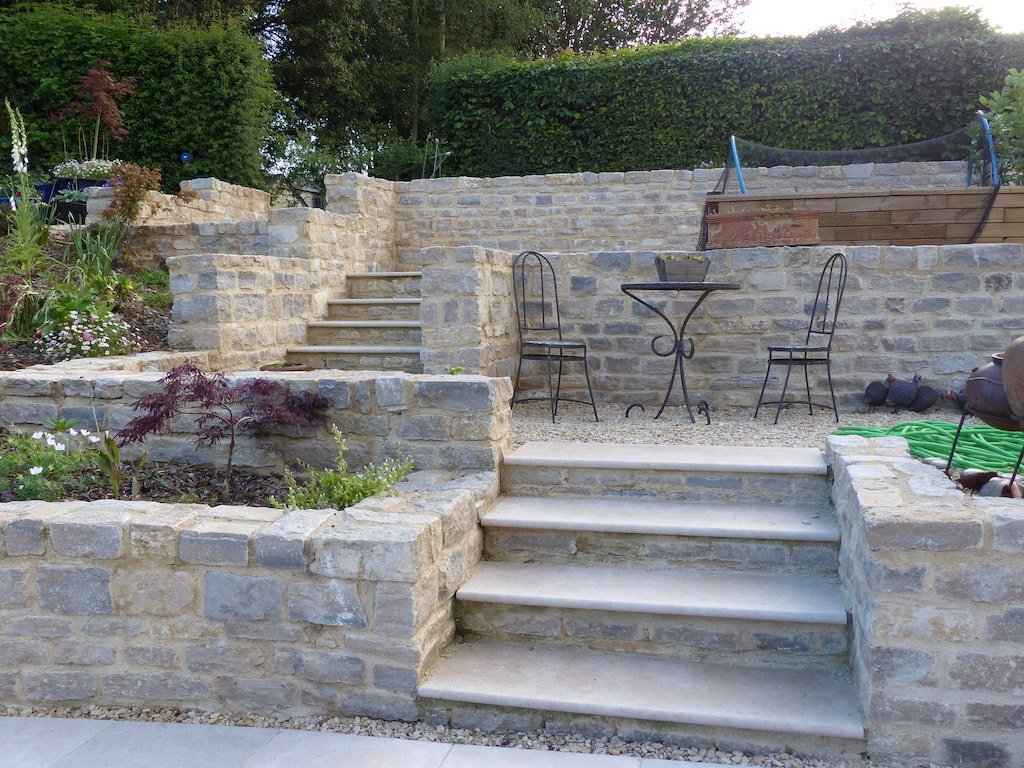 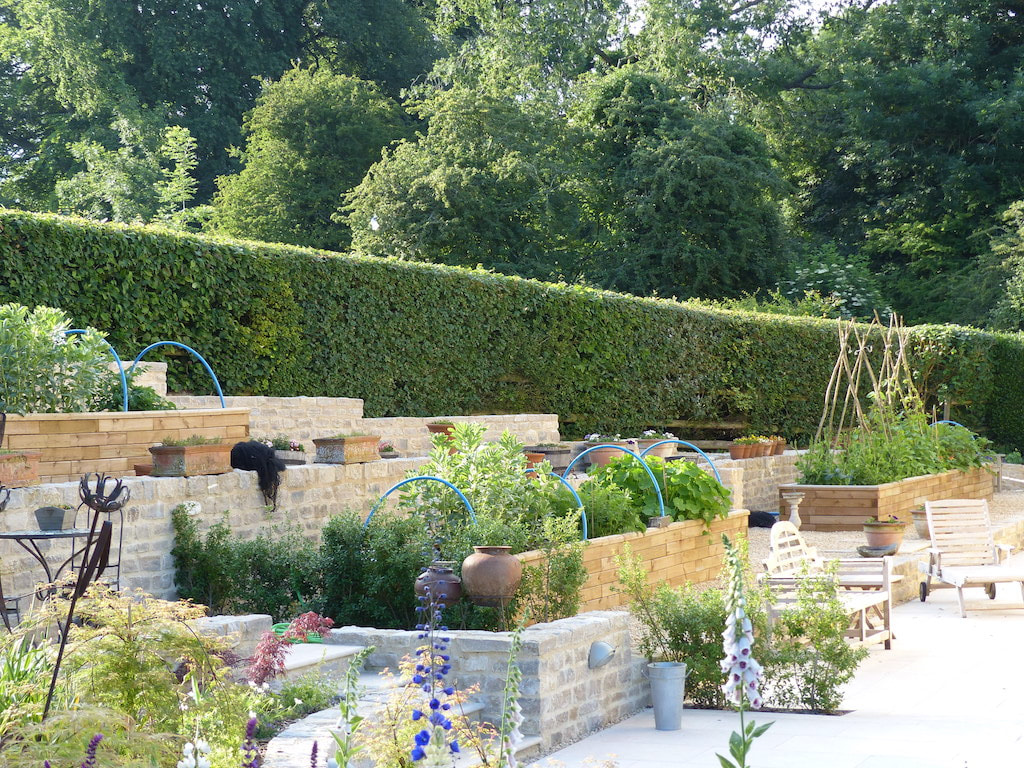 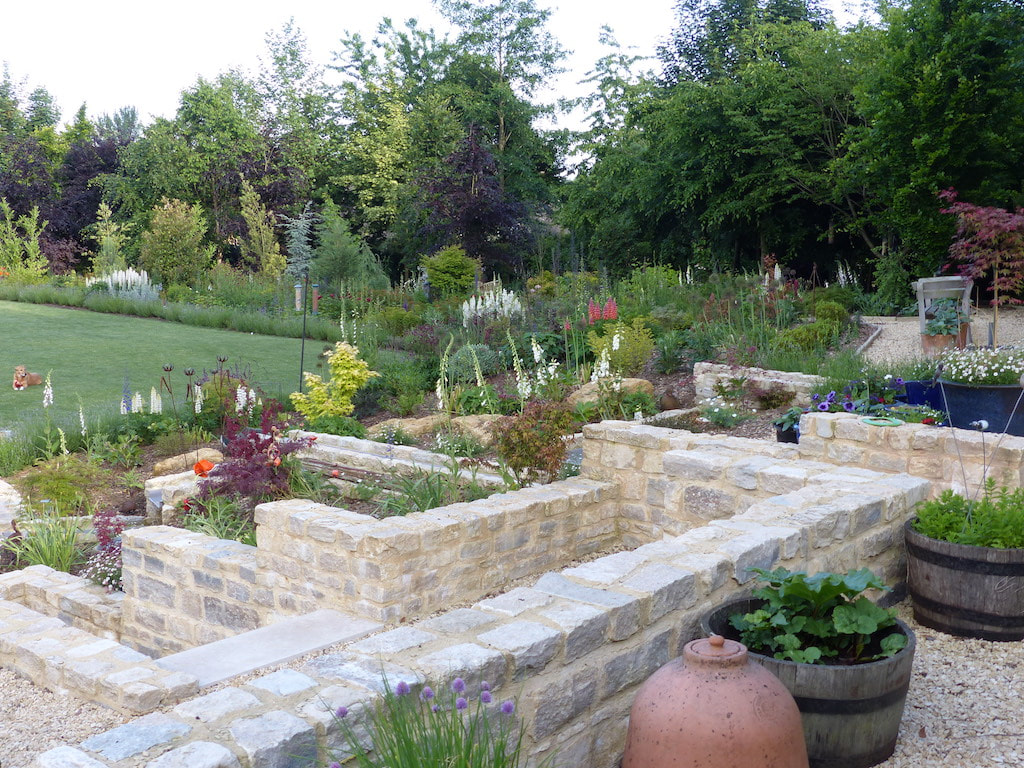